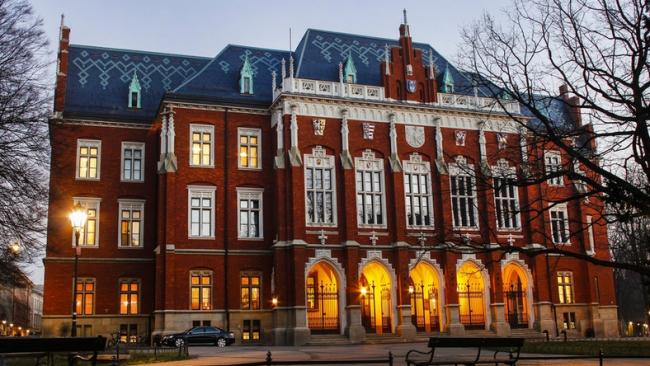 The Jagiellonian University is the oldest higher education institution in Poland and one of the oldest in Europe. It was founded on 12 May 1364 by the Polish king Casimir the Great.

The development of the University has been inextricably bound with the turbulent and often tragic history of Poland. The institution managed to survive both the partitions of Poland by Russia, Prussia and Austria, and the two world wars, serving as a guardian of Polish culture and identity and educating successive generations of Poles, as well as members of other nations, significantly contributing to the intellectual heritage of Europe.

Some of the Jagiellonian University students and academics have been major historical figures, including world famous scholars, such as Nicolaus Copernicus or Karol Olszewski, as well as Karol Wojtyła, the future Pope John Paul II.

The Jagiellonian University comprises 16 Faculties, where 4 thousand academic staff conduct research and provide education to almost 40 thousand students, within the framework of more than 80 different fields of study. The eminent researchers and state-of-the-art infrastructure make the JU one of the leading Polish scientific institutions, collaborating with major academic centres from all over the world. The Jagiellonian University is also home to about 150 student societies, where young researchers pursue their academic interests and develop friendships with people who share their passion.

Yet another advantage of the Jagiellonian University is its location in the historic city of Kraków, the former capital of Poland and a great cultural centre, visited by millions of tourists. Some of the University buildings are major historical sites themselves.