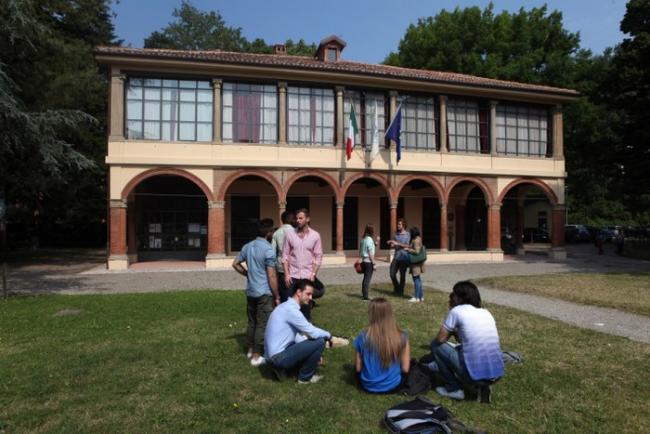 The Alma Mater Studiorum – Università di Bologna, the oldest university in the Western world, paves the way for innovation through an increasingly rich programme catalogue, cutting-edge research, a constant and increasingly broad international perspective and a strong third mission.

Since it was founded 1088, the Alma Mater Studiorum has been student-centred, hosting prominent figures from the science and arts communities. With five campuses (Bologna, Cesena, Forlì, Ravenna, Rimini) and a branch in Buenos Aires, it offers a diversified course catalogue that is tailored to the needs of present-day society: over 200 degree programmes among its 32 departments and 5 schools are offered to over 82,000 students.3.600 graduates are enrolled in PhDs and other 3rd-cycle programmes.

Ranked in the top 200 on the two most prestigious international university rankings, considered the leading university in Europe for student mobility (Erasmus+), the Alma Mater invests in sustainable development and contributes to the achievement of the 17 sustainable development goals proposed as part of the 2030 Agenda adopted by the General Assembly of the United Nations. Public and social engagement is actually one of the 12 actions of the institutional strategic plan (Alma2021).

As a comprehensive research university, it invests in a multidisciplinary, cross-cultural approach and in the inseparable connection between research and teaching. One of the most active in terms of leadership and participation in European research and academic cooperation projects (244 H2020 projects and 147 Erasmus+ cooperation projects); the University of Bologna has formed alliances with industry and public/private organizations. It is also a hub of international networks: beyond its close European links, it enjoys multiple connections with America, Africa, Asia and Australia. Since 2018, UNIBO participates in the University Alliance called “UNA Europa”, recently funded under the Erasmus+ Programme as one of the first 17 “European Universities” in EU.